Hansgrohe is a champion in bathroom design! 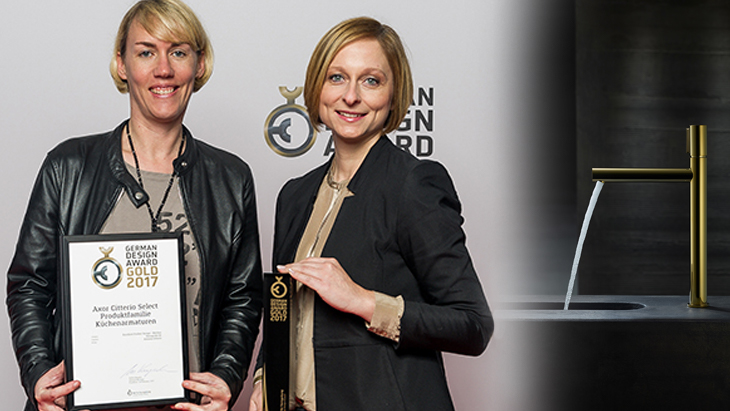 Products from the AXOR and hansgrohe brands regularly receive awards, because they stand out in terms of both their technology and their aesthetics. They are easy to use, but they also offer great benefits to customers. This is great news for you too, since the recognised awards from independent, international judging panels really underline the company’s demand for quality. For example, the mixer and shower manufacturer from the Black Forest has won the “reddot design award – best of the best”, the “iF Gold Award”, the “German Design Award” and the “Design Award of the Federal Republic of Germany” multiple times. The superior design quality is reflected in the DNA of the Hansgrohe Group.

Hansgrohe is iF design leader in the sector

The “iF awards” from the International Forum Design (iF) are some of the most important globally recognised seals of approval when it comes to product and design quality. The Hansgrohe Group regularly emerges as the winner of iF competitions. Since 2008, the independent institution has also produced a ranking table, indicating companies’ level of success in the design competition for the iF award. Here, the Hansgrohe Group is currently in 6th place out of around 2,000 listed companies. The company is therefore ahead of top brands such as Apple, BMW or Siemens, and is iF design leader within the sanitation industry. The Hansgrohe Group is the top-placed German company in the iF Design ranking 2017.